Find Out More
Back 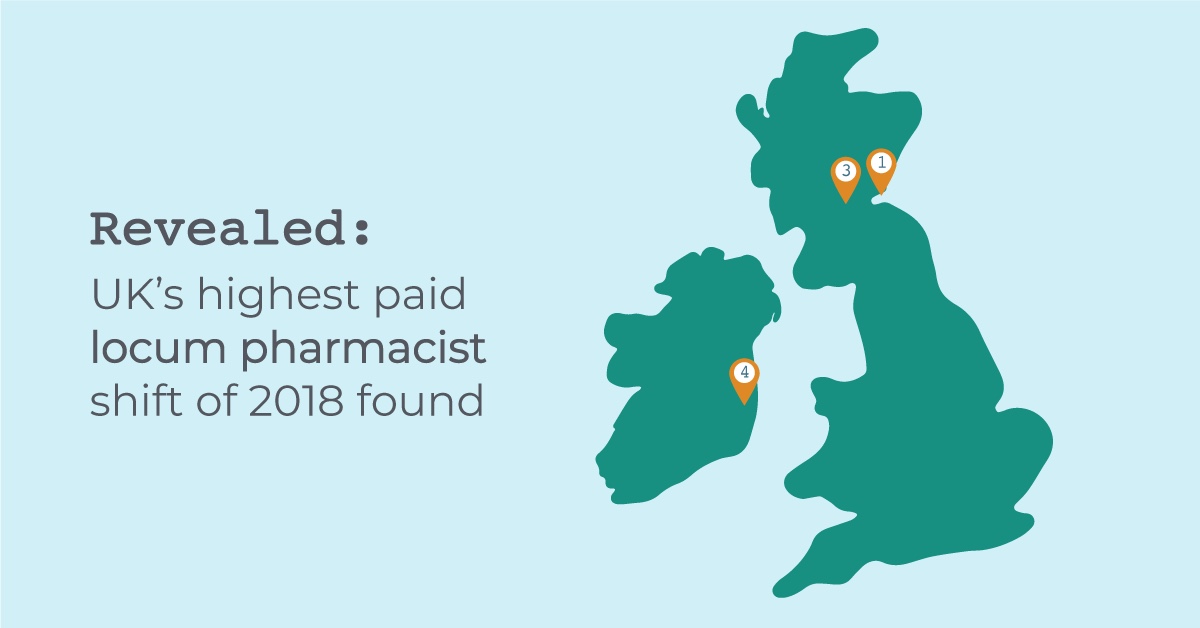 We have gone through every single one of our locum shifts from 2018 and have, at long last, found the highest paid rate for a locum shift in the UK.

Shift rates can fluctuate depending on demand, which means that days on which there are few locums to fill the slots, you might find the rates start to inch up. Alternatively, on your average day when plenty of locums are available for work, you may not notice much of a difference from the average for that particular area.

A multiple branch pharmacy in Montrose for snagged the stop spot on our top paying rates of 2018! This Scottish practice offered a whopping £80 an hour for a shift on Christmas Day in 2018 - and they weren’t the only ones who upped their rate for the festive season.

Director Jonathon Clarke commented, “Christmas Day has always been a highly paid shift time, for obvious reasons. In fact, it accounts for most of our high pay rate dates during the year, along with Christmas Eve and Boxing Day. Shifts during holidays in general are difficult to fill, such as during the summer when people go on holiday, so if you are hoping to earn a little extra as a locum this year, those are the days you should target.”

Previously we revealed that Canterbury holds the record for Locate a Locum’s highest average pay rate at £25.83.

See below for the highest shift in each region, in descending order:

Tell us About Your Experience

What was the highest rate you were paid this year? Did you find it to be higher or lower than the year before? Let us know @LocateaLocum.

Haven’t downloaded Locate a Locum yet? Then you’re missing out on every single one of these high rates. If you want to get started, you can download the app from Google Play or Apple Stores today.

Thanks for reading, have a great day!