Find Out More
Back

Meet The Team At Locate A Locum 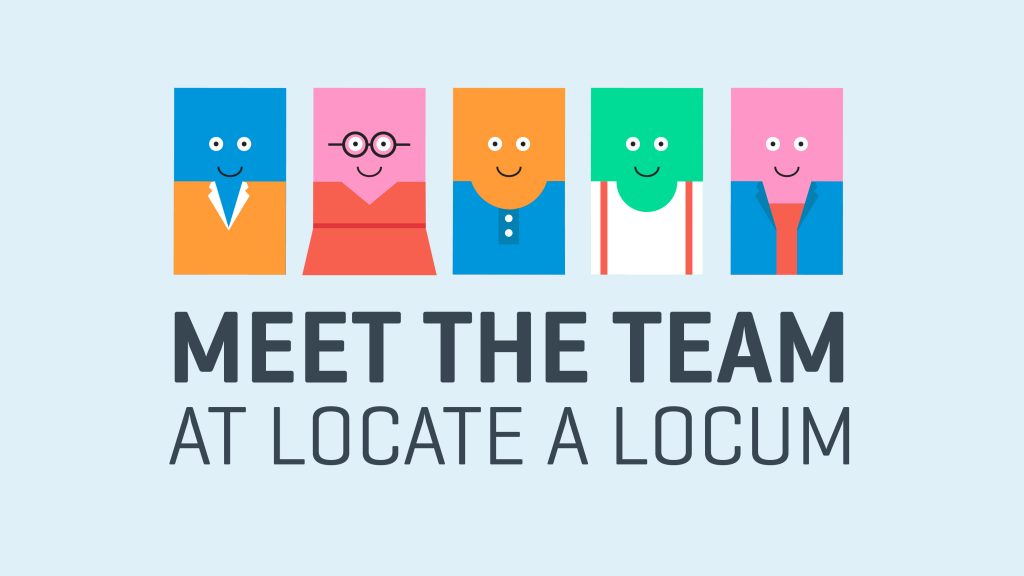 Ever wonder who you're talking to on the phone, or receiving emails from at Locate a Locum?

Meet The Team At Locate A Locum

The Goonies, Manchester United in 1999, The Three Ninja Kids and the people who put a man on the moon, were all great teams. However, they couldn’t lace the boots of the team at Locate a Locum!

We’ve been described as being extraordinary, ridiculously good looking and uber-professional, by ourselves. What we lack in years, we make up for with hard work, long hours and a drive to be the best locum locaters in all the lands!

Our resident CEO claims to be from the mean streets of Belfast, but those who really know him are aware that he was actually born and bred in South Africa! Jonny arrived in Northern Ireland on elephant-back when he was five years old and set up Locate a Locum shortly after graduating as a pharmacist from Queen’s. This once bedroom business (not that type) is now the market leader for locum recruitment in the UK. He claims to play the guitar and owns a gym membership, but has never been pictured with gym bag or with any musical instruments. At the time of writing this, April 2017, he’s engaged to the lovely Natalie, with a view to getting married in the Summer. (If Natalie’s still keen)

Michael’s a Belfast man with loud music on his mind. When he isn’t rolling out our brand strategy or working on our software, you’ll find him near a pub, full of burritos and sipping on some of Northern Ireland’s finest craft beers. A beard enthusiast who owns a pair of leather gloves, Michael loves rugby, technology and has a great talent for branding, evidenced by achieving the title of Head of Design at Randox in his mid-twenties.

Clare enters competitions on social media and wins them all. She’s been called the Coupon Queen, The Competition Queen and has recently been awarded the title of Competition Guru. At the time of writing, Clare is close to passing her driving test. You may have seen her name in the paper since then. Clare has three children and lives with her husband in Mallusk. She arrived at Locate a Locum with 10 years’ experience working in a variety of recruitment and administrative roles and has been vital to our growth throughout the South of England and Northern Ireland.

Thomas is first and foremost, a Tottenham Hotspur fan. He’s currently receiving treatment for such a condition. A bit like Michael, Thomas sees himself as a connoisseur of craft beers and gins from around the globe. (Or from across the flat earth, if you're into that sort of thing) When he’s not recruiting pharmacy managers across the UK, Thomas pursues a keen interest in culture and arts. He has over 5 years’ experience of building recruitment teams in a variety of roles throughout Northern Ireland and England. We’re all expecting massive things from Thomas, so no pressure dude…

The newbie. At the time of writing, Alison is yet to complete her second month in our office and she’s yet to run away. Congratulations to all involved. She was welcomed to Locate a Locum on account of her background in recruitment, her impeccable phone manner and her knowledge of the Belfast night-club scene. Alison claims to run every morning, but not if it’s raining or if it looks like it may rain at some point during that week. She loves dogs, trying new restaurants and has a strange fascination with Taylor Swift. The police are aware.

From the magnificent Newcastle in south Down, Seán’s the person who receives abuse for delivering poor Facebook Live videos and struggles with an addiction to burgers and milk. Allegedly has over five years’ experience in digital marketing, but we’re yet to see any evidence of this. He loves Manchester United more than life itself, is a former golfer and a keen follower of politics. He writes our blogs, carries out advertising campaigns and drinks coffee & Buckfast by the pint.

Conaire’s one of these lucky guys who has travelled the world. Japan? Done it. Vegas? Done it. County Cavan? Done it. An entrepreneurial guy, Conaire earned contracts with Deloitte and Toyota and worked in Australia for several years. He loves the start-up scene in Northern Ireland and has brought a great deal of experience to our team. In his younger years, Conaire was a keen Gaelic footballer in county Antrim and remains a sports fan. He spends his spare time following Manchester united and regularly visits coastal towns for a spot of surfing.

Never the bridesmaid, always the McBride...

Like any angel, Paul came to us from the sky, in a plane. An RAF plane to be exact. 'Our Paul' was born and raised in Newtownards and is a self-taught software engineer. He builds websites and those websites work! A self-confessed nerd, he taught himself how to code as a hobby. His other interests include playing the guitar, trailing mud into the office from his bike and seeking world domination by trading Crypto-currencies!

So when you're on the phone to us, when you see our content online and when you're looking for your next locum shift, just remember that we're team of actual humans who are here doing our best for you :-)

Thanks for reading, have a great day!